Treatment planning involves a balancing act between competing clinical goals. For example, a target (tumor) should ideally receive a full prescription dose while the surrounding healthy organs should receive as close to zero dose as is achievable. The goal of plan optimization, then, is to find an optimal trade-off between inherently conflicting clinical goals given the set of treatment delivery limitations.

Cost functions, also known as objective functions, quantify the degree to which a treatment plan meets its competing objectives. The goal of all optimizers is to minimize the cost function by modifying the dose distribution within the constraints of clinical deliverability. 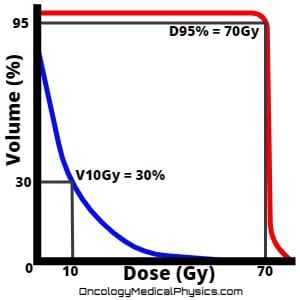 Equivalent Uniform Dose (EUD) is defined as the dose that, if homogeneously delivered to an anatomical structure, causes the same expected number of cells to survive as the actual non-homogeneous dose distribution does. Equivalent Uniform Dose allows a user to directly constrain the dose distribution according to a specified dose, d, and the degree to which the organ in is serial or parallel, α.

What should α value to use

Direct Machine Parameter Optimization (DMPO), sometimes referred to as Direct Aperture Optimization, is a plan optimization method that directly considers leaf position and segment weights as variables during optimization. VMAT implementations of DMPO also consider other machine parameters such as gantry, couch, and collimator limitations. DMPO produces a plan that has been optimized with actual machine parameters in mind yielding a more optimal final dose distribution than FMO.

The additional machine limitations constrain the possible optimizer solutions resulting in an optimization problem that is nonlinear and nonconvex. This means that there are locally optimal solutions which are not globally optimal. As a result, gradient methods like those used in FMO are less likely to find the absolute best solution. Put another way; the optimizer can get "stuck" in a poor solution because all small variations on the machine parameters yield a worse plan even when large changes to the machine parameters might yield a very good plan.

Traditional plan optimization – FMO and DMPO – assigns manual weights DVH objectives in an attempt to yield the optimal plan. These DVH objectives and weights are, unfortunately, often not directly associated with the desired clinical goal. This means that traditional optimization is a time consuming trial-and-error process. Multi-criteria optimization attempts to resolve these issues by tying clinical desires more directly to optimization.

A plan is Pareto-optimal when it is not possible to improve the plan with respect to one objective without worsening it with respect to another objective. That is, when the plan is as good as it can be without making a trade-off.

Viewing the trade-offs between Pareto-optimal plans is referred to as “navigating the Pareto surface.” The two most common ways to navigate the Pareto-surface are the library method and the graphic user interface (slider) method.

The library method presents a small sub-set of Pareto optimal plans. The user may choose a plan for delivery or select several plans with desirable characteristics. The selected plans may be interpolated along the Pareto surface to generate additional treatment options.

The graphic user interface method presents the user with trade-off sliders. This allows the user directly to explore the planning trade-offs to be made in Pareto optimal plans. 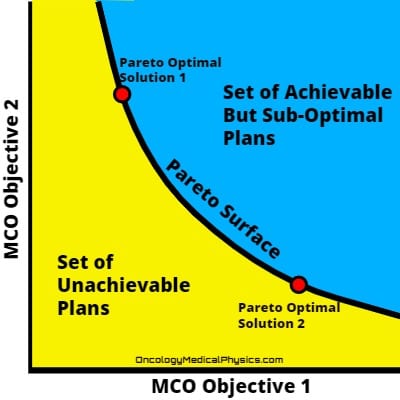 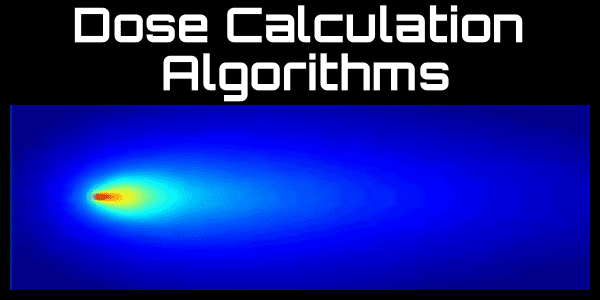 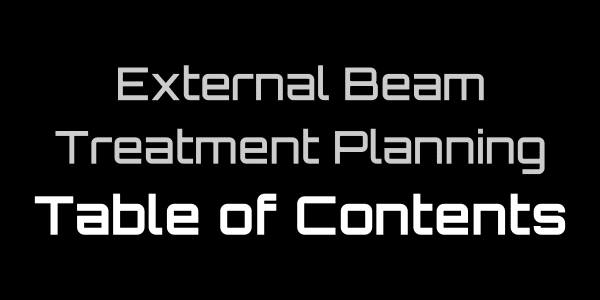 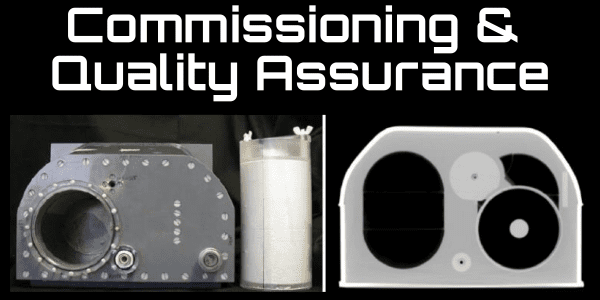