Cyclotrons are charged particle accelerators whose primary medical use is in the production of certain medial radionuclides including many used in PET imaging such as F-18 and O-18 (internal link). In radiation therapy, cyclotrons are used as sources of high energy proton, neutron, and heavy particle beams.

Cyclotrons consist of evacuated cylinder divided into two sections referred to as "Dees" (because they look like a capital D). The evacuated cylinder is placed between two large magnets producing a constant magnetic field. Charged particles are injected into the center of the cylinder and an oscillating electric field is applied to the Dees. The electric field causes the charged particles to accelerate, and the constant magnetic field causes that acceleration to have a circular trajectory. The energy and velocity of the particles increase as they pass from one Dee to the other.

Importantly, maximum possible energy is limited by the transition from velocity gain to mass gain with increased energy as the accelerated particle reaches relativistic speeds. Synchrotrons overcome this limitation by compensating for the additional mass with changes to the applied voltage frequency. 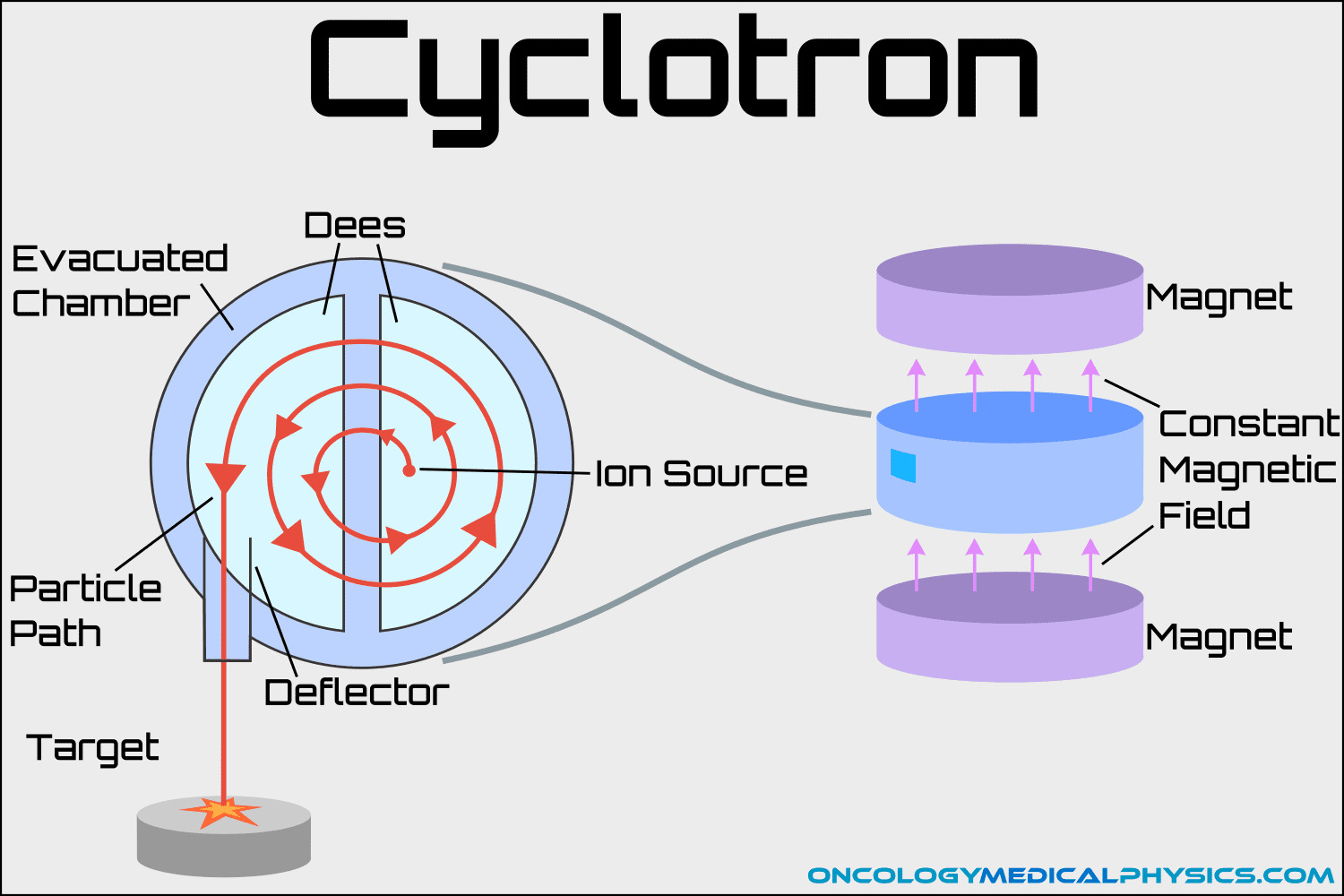 Neutrons are uncharged particles that cannot be directly accelerated by a cyclotron. Production of a neutron beam is accomplished by accelerating charged deuterium nuclei, called deuterons, to between 15MeV and 50MeV. These deuterons are then directed into low atomic number target, commonly beryllium. Interactions between the target material and the deuterons produces a high energy neutron beam by the process of stripping.

Key Point: Deuterium are a stable isotope of hydrogen consisting of one proton, one neutron, and one electron. 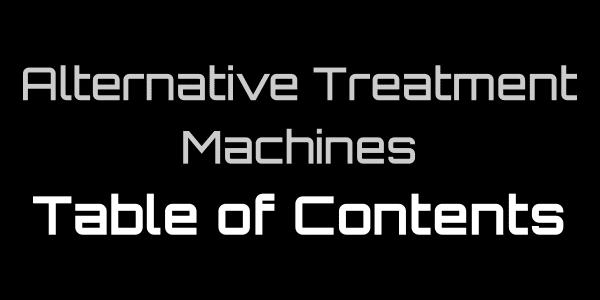 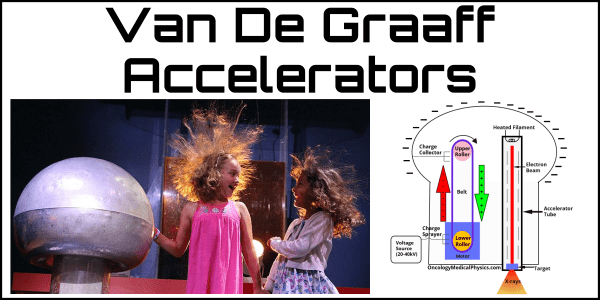