Key Point: Mean energy of a clinical kV photon beam is approximately 1/2 - 2/3 of the maximum energy.

The X-ray spectrum is primarily comprised of Bremsstrahlung produced photons which, in absence of filtering and self-attenuation, would yield a distribution of electron energies that is highest at low energy and decreases approximately linearly to the maximum energy equal to the applied kVp. 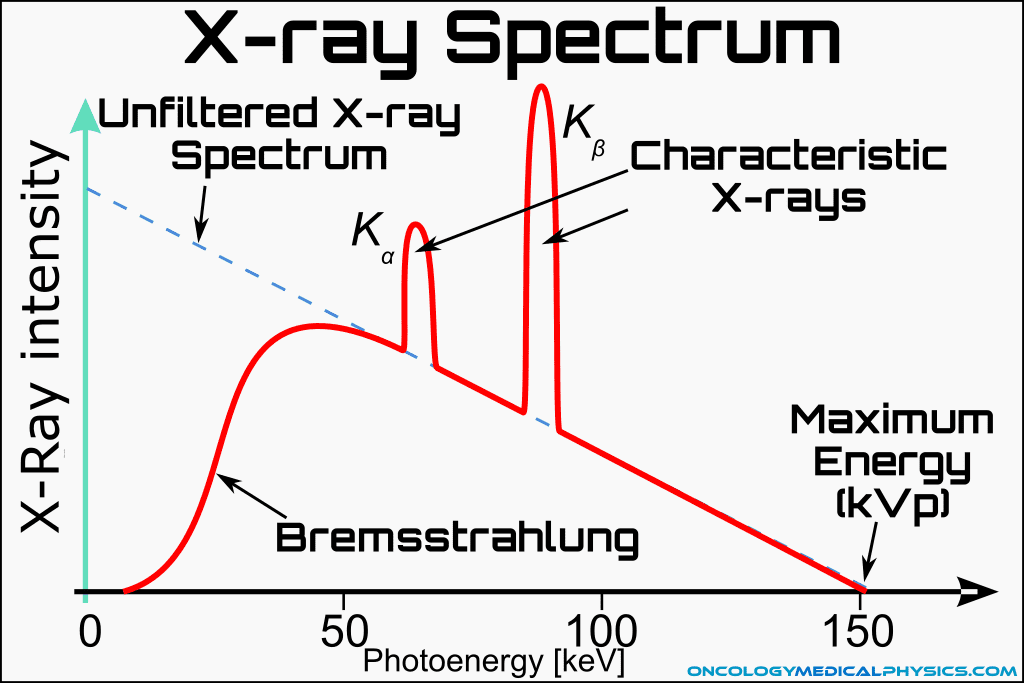 Characteristic X-rays are emitted when a photon interacts with the target such that an inner shell (usually k shell) orbital electron is ejected. To fill the orbital vacancy, an outer shell electron descends to the lower energy inner shells by emitting an X-ray. These X-rays are called characteristic X-rays because they are emitted with energies corresponding to the difference between outer shell and inner shell energies. 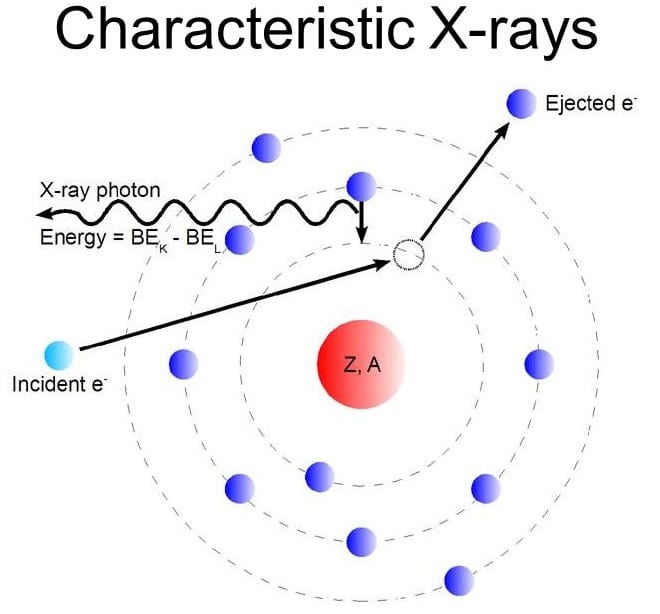 Key Point: Tungsten is a superior target/anode material to lead because of its high melting point (Tungsten: 6192F vs Lead: 612.4F). 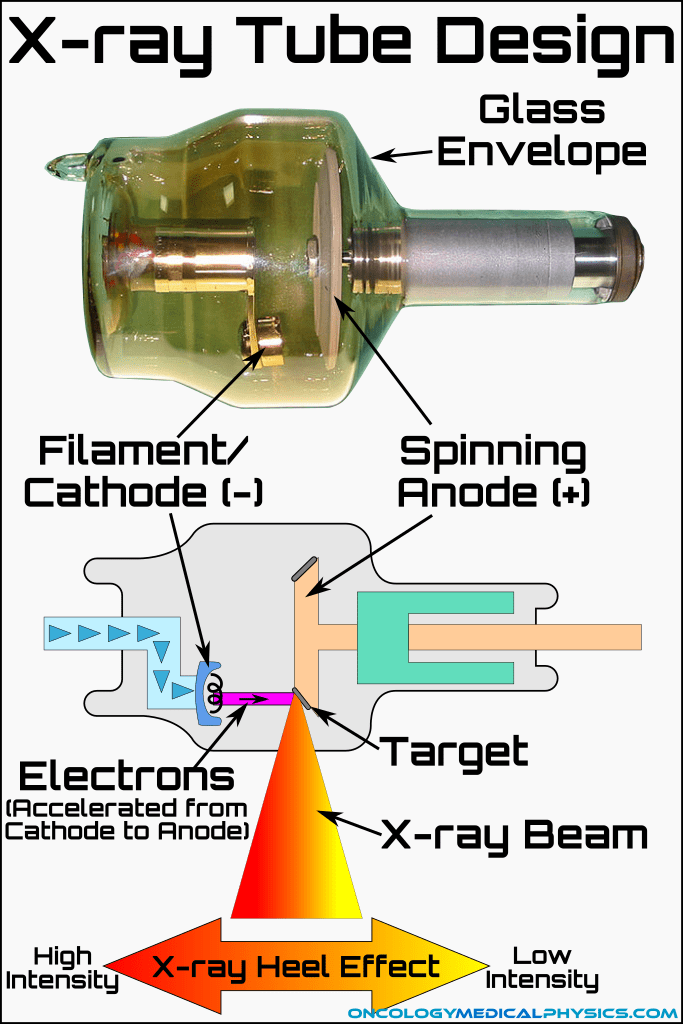 Power is supplied to the X-ray tube in the form of a (nearly) constant direct current (DC) voltage. Although U.S. power distribution voltages are in the kV region (110kV and above are standard), the power supplied to buildings is typically 120V or 240V. Further, power is delivered in alternating current (AC). A transformer and a rectifier are required to convert the VAC outlet power to kVDC power. 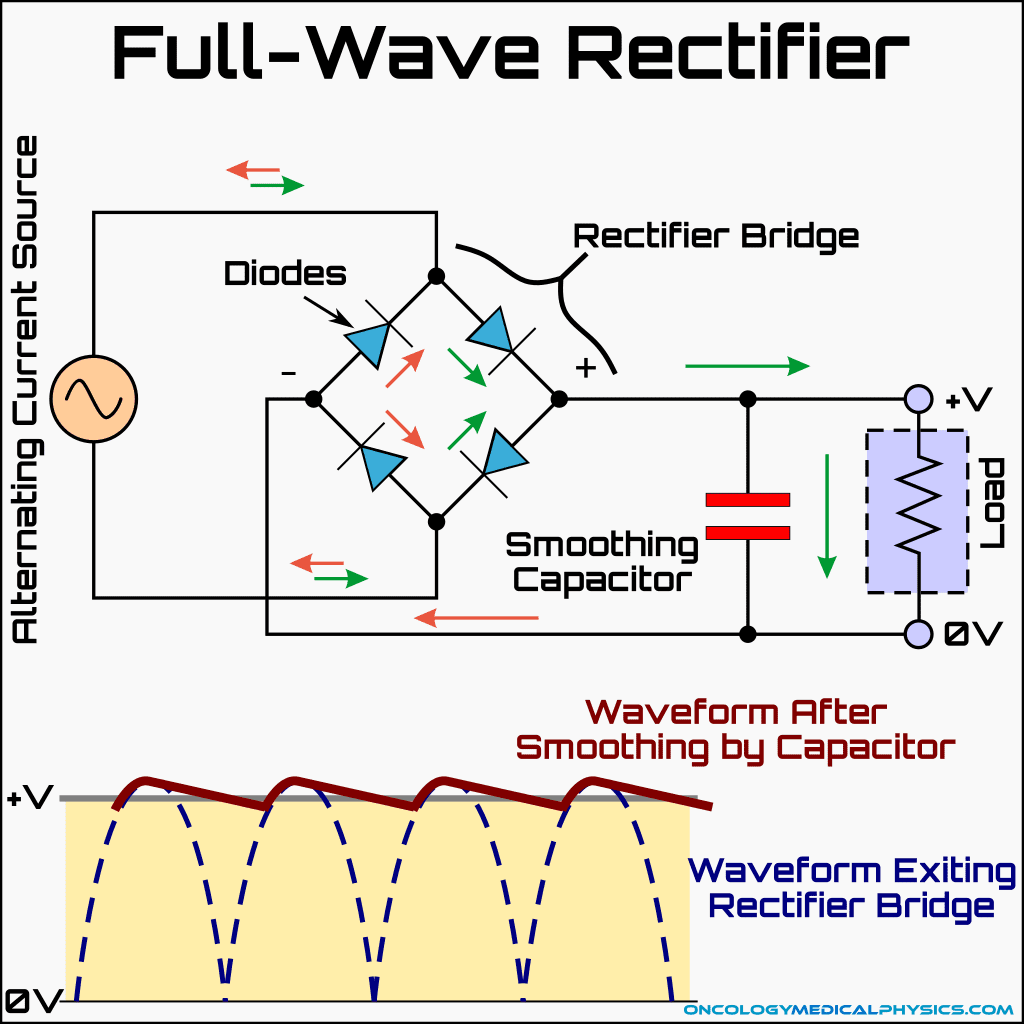 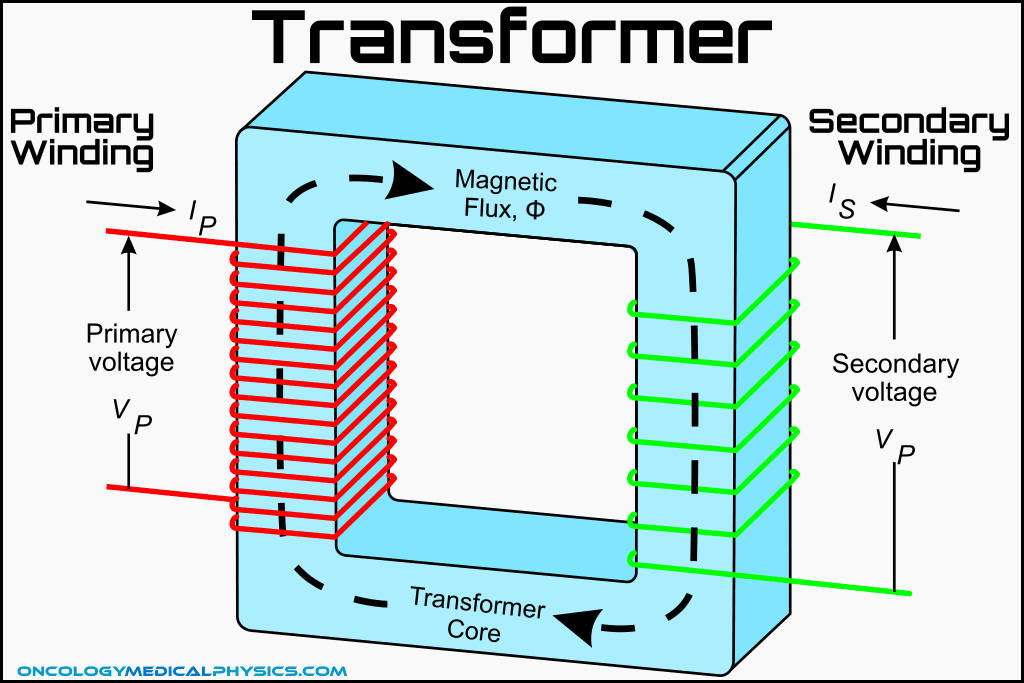 Heat is a major concern in X-ray tube design because of the low efficiency of X-ray production. Heat dissipation is accomplished with the following features:

Tube current (mA) is the electron flow (i.e. number of electrons per second) from cathode to anode within an X-ray tube. Tube current is related to electric power as in the below equation:

mAs is the product of tube current (mA) and time in seconds (s). mAs is related to electric energy as in the below equation:

Heel effect is the reduction in X-ray beam intensity toward the anode side of an X-ray field. Heel effect is caused by greater attenuation of X-rays inside the anode. 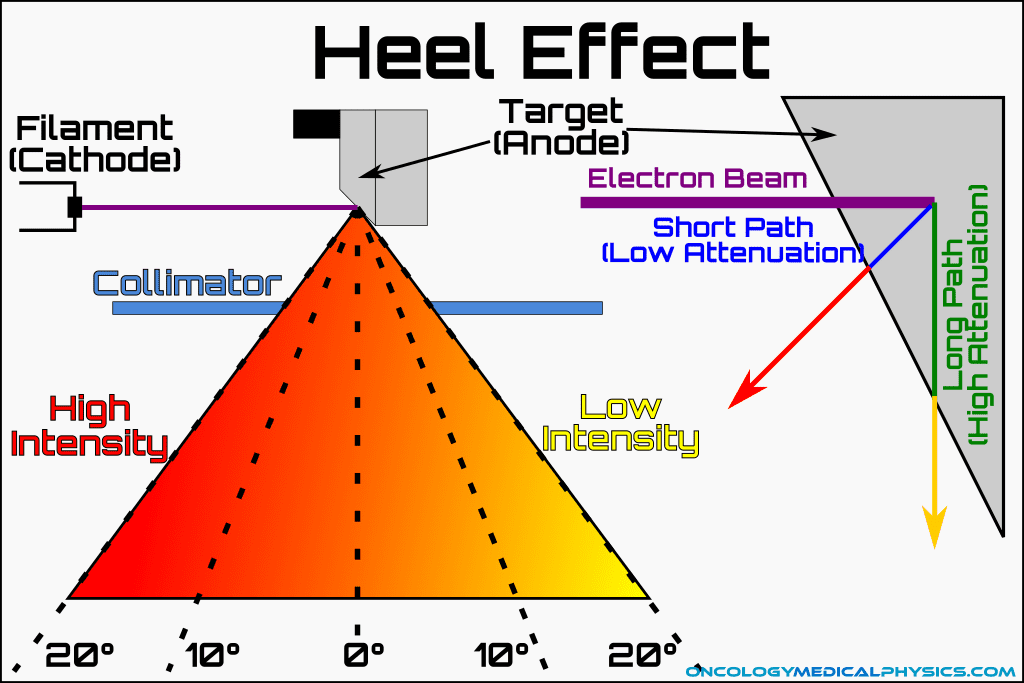 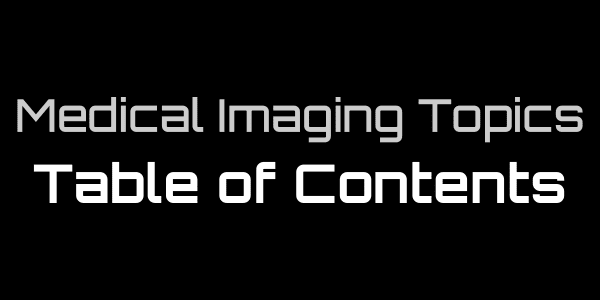